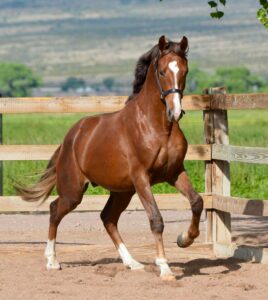 Farentino as a 2 -yr old

In 2015, Susan Arbuckle purchased Farentino (Floricello/Syncytia/Don Primero) as a yearling from Pembroke Farms for me to train and ride. Now he is a 5-year old, and I believe that the journey is just beginning with this incredible horse. 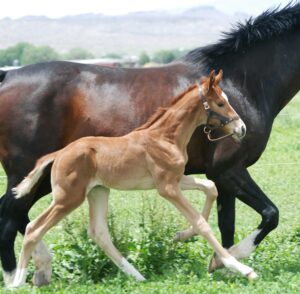 Back in 2015, when we first met Farentino, Susan and I were not looking for a yearling. We were at Pembroke for completely different reasons. But, when Susan saw Farentino, she immediately appreciated how balanced he was. He was, and is, a work of art. Susan pointed him out to me, almost jumping up and down. She knew, right away, that she wanted to get him for me to ride. I was so excited, I didn’t even know how to respond! Now, remember that this all happened simply because we saw him walking around in pasture. To this day, I am in awe at how quickly Susan picked out such an incredible horse by just watching him meander around as a yearling! Carol Reid, owner and breeder, agreed to take him to the arena for us to see him move. His gaits were, of course, spectacular. His canter was to die for and I noticed immediately that he could do lead changes with ease…never cross firing…and his trot had so much suspension. He was naturally very uphill with a smooth, elastic way of moving. His demeanor was calm and confident. He was made to move this way and he knew how impressive he was. Farentino made the decision for us. Susan became his owner and I became his rider. This is where the journey started. 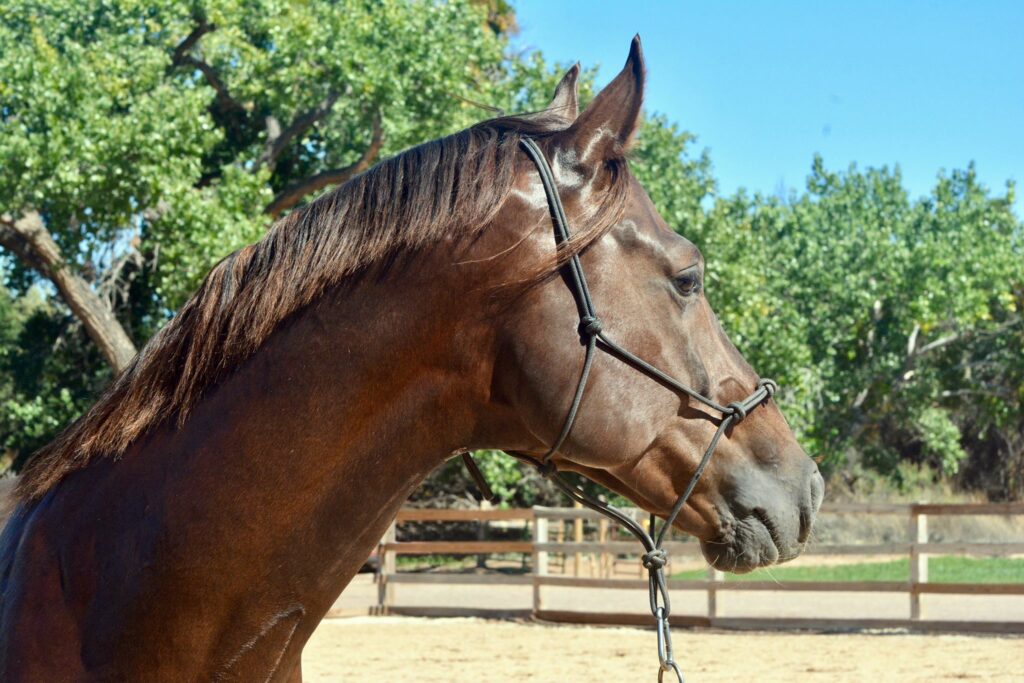 Since that first day in the pasture at Pembroke Farms, as his rider and handler, I have really gotten to know Farentino. He remains confident, and he demonstrates a sureness and ease about all the dressage moves. I like to spice it up with some jumping, although my main goal is to not fall off when we do! We have had a few giggles about him almost catapulting me off his back. He thinks he is pretty funny when that happens. He could go the jumping route overnight, if that was the direction I wanted to take him. An athletic horse is an athletic horse, right?! He is so uphill and ground covering, but very easy to collect as well. His canter is not just big, but VERY balanced. I first started lunging him when he was 3 years old, and he used to switch from the correct lead to counter canter back to the correct lead all without missing a beat. Now, as a 5 year old, he can do lead changes better than most 4th level horses. This is without any anxiety or tension…as if he was born to do them. Well, I guess he was. 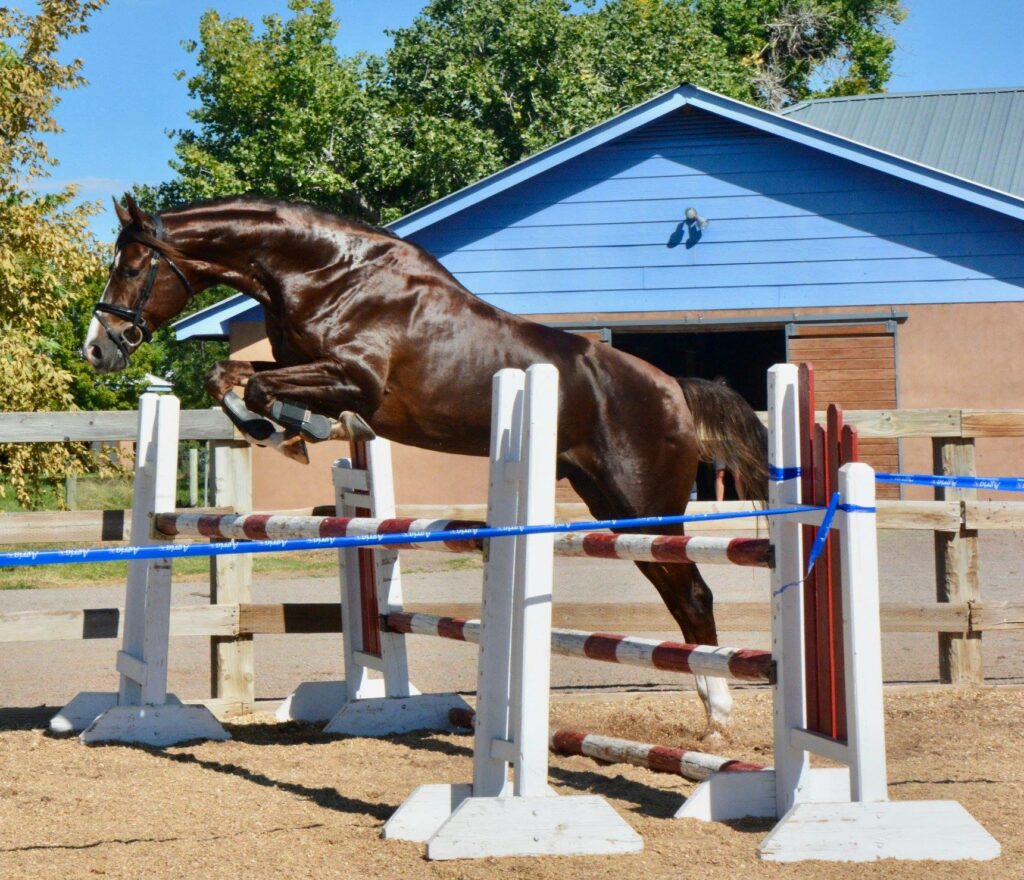 At the SWANA Inspection

In September of 2018, Susan and I took Farentino to the SWANA inspection, which was held on his home turf at Pembroke Farms. In the 3-4-year old inspection class, he was awarded an 8.5 for Type, 8 for HNB, 7 for legs, 8 for walk, 9 for trot, 9.5 for canter, 8 for jumping technique and an 8 for jumping temperament. Ultimately, Farentino was the highest ranking horse inspected in the 3-4-year old class in the United States for SWANA. Susan and I were super excited, but not surprised in the least. We always knew he was a very special horse. 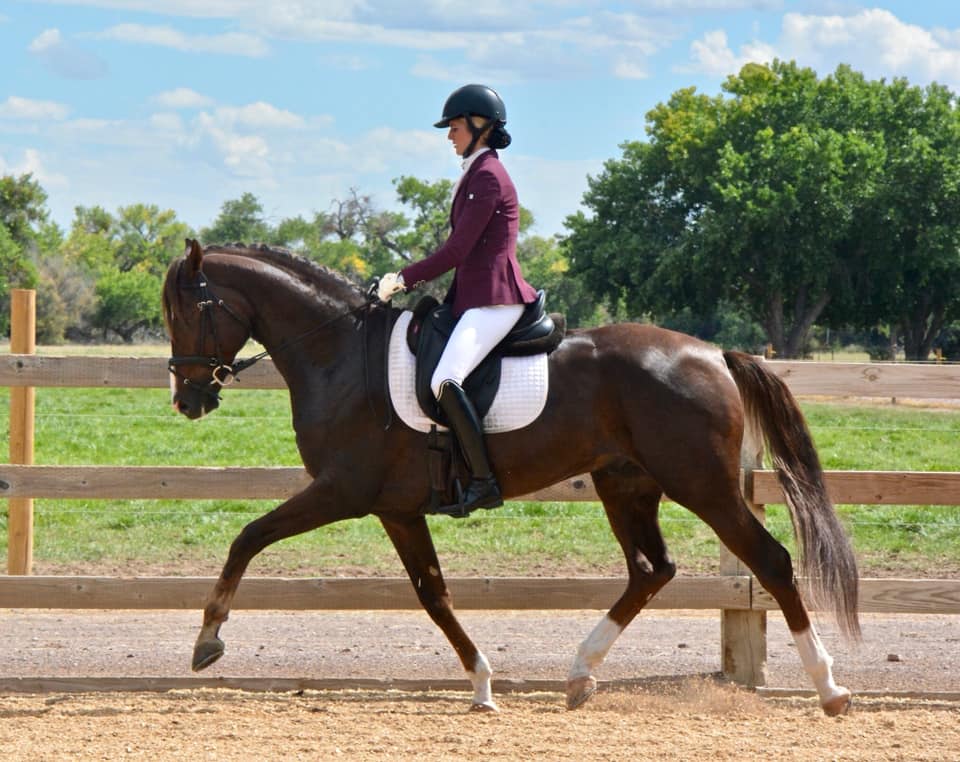 Farentino and Laura at the SWANA inspection

As a trainer that has worked hard to be where I am at today, I have dealt with all sorts of horses. Some horses were bred to do dressage and some were not, but I have loved working with each and every one because they have taught me so much. That said, I have never had a horse with the kind of ability that Farentino has. It makes it fun because he has the confidence and the ability to approach dressage with a light heartedness, yet an energy and athleticism to excel at the sport.

Thanks to Farentino, I have truly fallen in love with the Swedish horses. I now have the privilege of having four of them in my barn, and all four are from Pembroke Farms. I have a feeling I won’t be stopping with just the four! Carol Reid is a world-class breeder, and Susan Arbuckle is the genius who believed in what all of us, including Farentino, could accomplish together. Susan has generously gifted me half-ownership of Farentino, cementing a shared trust and true partnership. If that doesn’t describe Susan in a nutshell, I don’t know what does. It is an amazing feeling when someone believes in you with no strings attached. I am working hard to honor her faith in me.

The journey has really only started for this talented horse. Still young at 5-years old, we have some big plans for his future. In my experience with him, I really do think what Susan and I saw back in 2015 is what we got. All the things we loved about him as a baby we love about him now. The onus is on me to make him all that he can be. 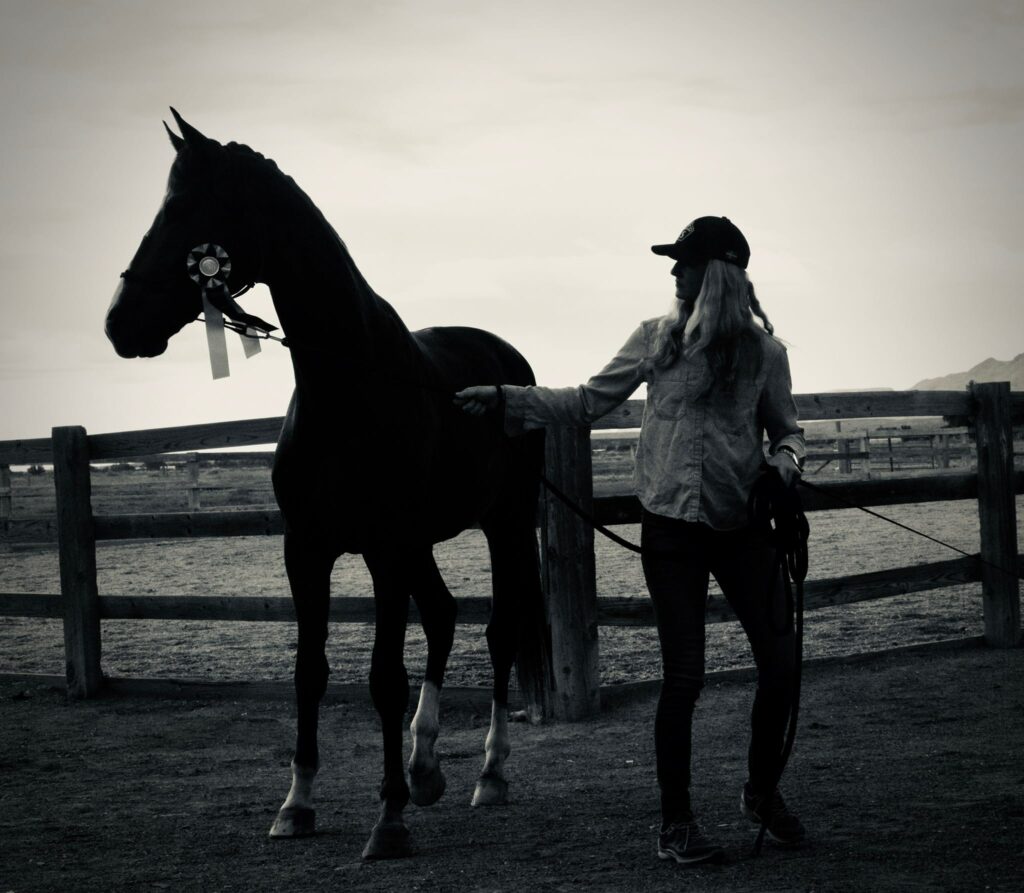 At the end of the day..mission accomplished!

All photos were taken by Carol Reid